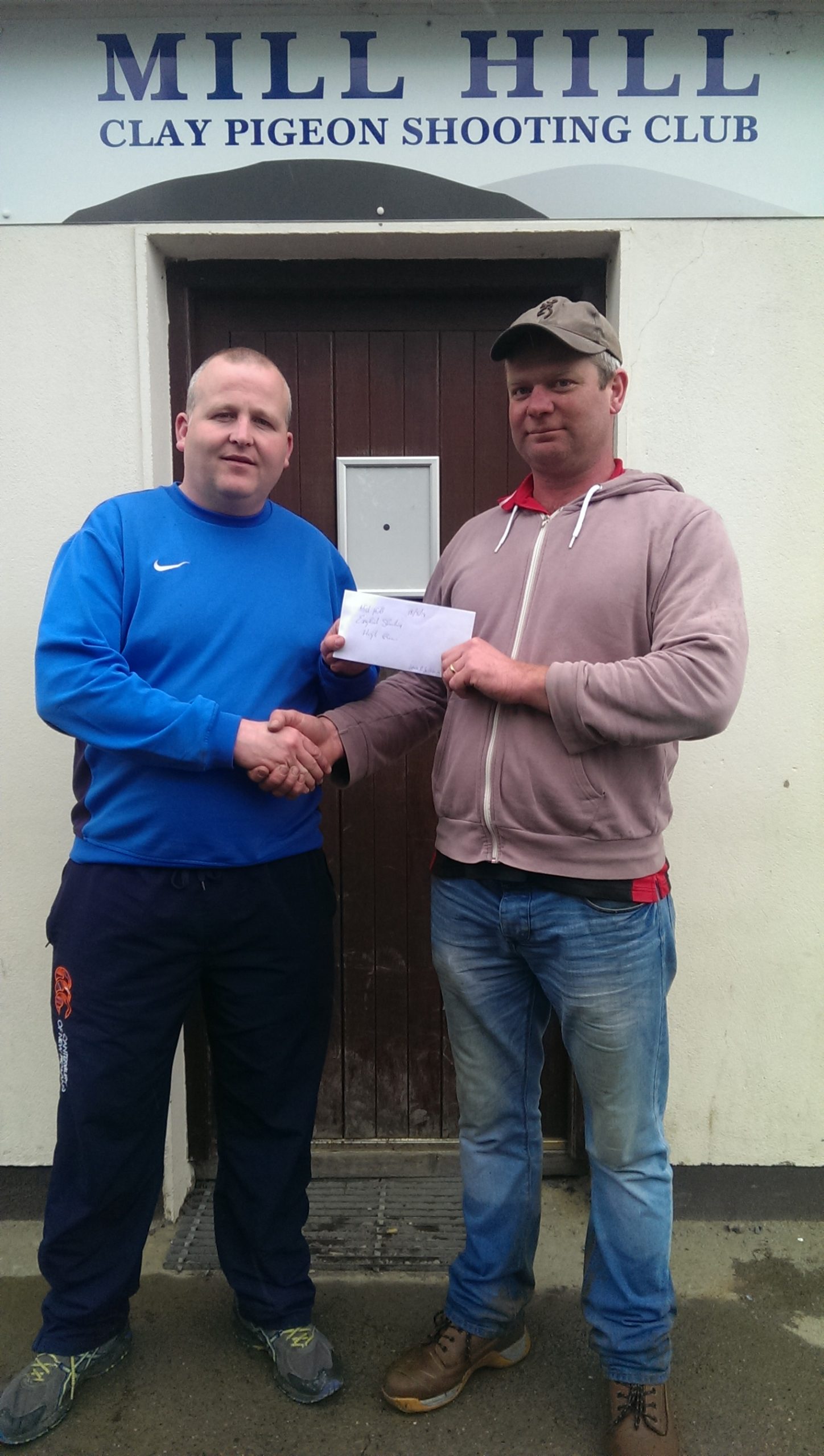 Todays 100 Bird sporting on the Hill turned out to be another top day despite the weather trying hard to knock a bird or two from the score cards of the 118 shooters that turned out. As the cards stared to return some excellent totals began to appear in the score board with number’s in the late 80’s early in the day and things were looking good. But as the morning pushed on the number’s started to climb and the 93 of Shaun Teeling’s was looking very healthy indeed but as the last few cards of the were checked it turned out that Overall all high gun would be going to Laois man Denis O’Sullivan with a an outstanding “96” and not forgetting a total that was achieved over 15 stands and only be described as a Class Act.

Well done and a big thanks to all the turned out today to support the event, to Mick and Mark Thorne who oversaw the Office today and kept the squads flowing and the numbers crunching to Tony, Laurence and Glenn who were out in the field helping out making sure everything ran smoothly again Big Thanks, but after all if there were no targets there would be no shoot so not forgetting Derek, Nigel & Maurice who have spent a lot of hours in the last few weeks setting and tweaking the 15 stands for today’s course, Thank you and well done to all involved.

Photos from the Day here